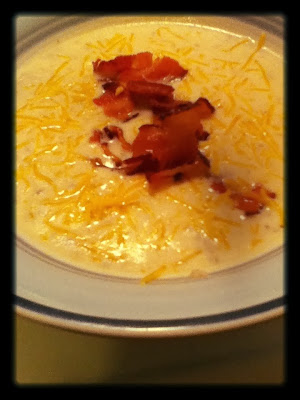 Soup is one my of  favorite winter foods! It's the meal equivalent to a sweater and cozy slippers. This soup has quickly become one I make all the time since it is so easy and delicious. Some soup recipes have tons of ingredients and take hours to prepare. Not this one! This super creamy potato soup can be made in about 30 minutes and only uses 6 ingredients. Not to mention is has much less fat than other potato soup recipes since it uses evaporated milk. 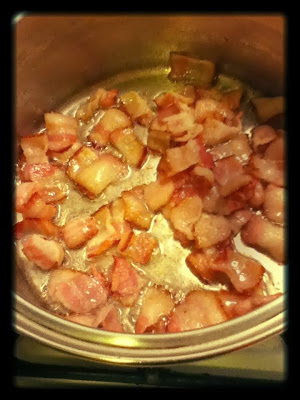 Cook the bacon over medium high heat in a medium sized pot until it is just slightly crispy. Take all of the bacon out of the pan leaving a few tablespoons of the fat. Drain the bacon and set it off to the side. Don't worry, it will come back into the soup later! 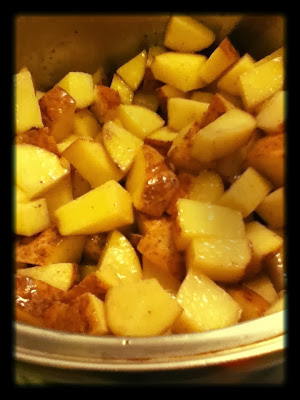 Put all the potatoes into the pan and cook them for about ten minutes in the bacon fat. This helps the potatoes develop a bit more flavor than just boiling them right away. You don't need much color on them, just let them absorb some of the bacon goodness. I also add a light sprinkle of salt and pepper. Be careful not to add too much salt, as the chicken stock is already fairly salty. 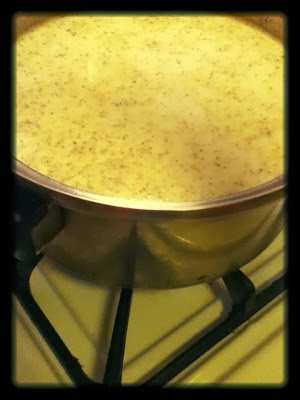 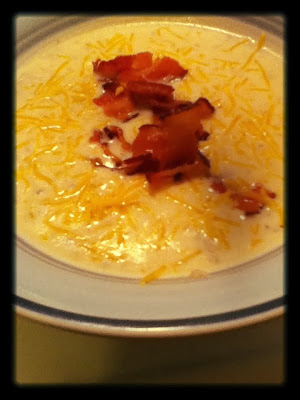 Once the potatoes are tender, blend the soup with an immersion blender until almost smooth. I like to leave in quite a few potato  chunks. You can also use a traditional blender. Place half of the soup in the blender and puree it. Then add it back to the pot with the rest of the soup. Once you have blended the soup, add back a bit more than half of the previously crisped bacon. I like to let this simmer for a few minutes, but you can easily serve this right away. 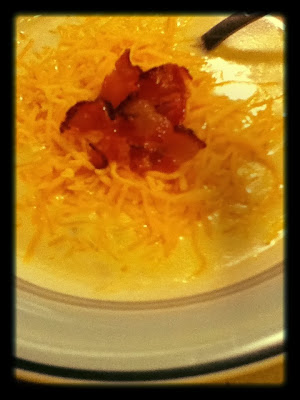 Use the other half of the bacon to garnish the soup as well as some cheese sprinkled over the top of each bowl.
Posted by Jordan Burgett at 3:58 PM