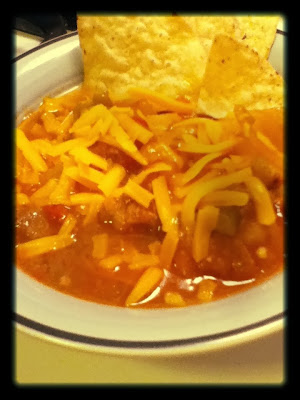 People get terribly passionate about their food. I completely understand obviously, but sometimes people get a bit overboard. A life example: When I moved to New Mexico for college, I found people were very particular about green chile usage. No more of the delicious pork fat filled sauce I was raised on, and plenty of super hot chile in a burrito. I didn't exactly complain, it was crazy delicious! People made it seem like it was a team thing, like you had to like one better than the other.

Honestly, both are super tasty. However, as a first time away from home student, I really missed the pork green chile sauce. The closest thing I could find to it was sitting in an inconspicuous cauldron in the school cafeteria. Green Chile Stew was always a dinner option. I could lift the scalding hot lid and smell the spicy goodness inside. It was my mom's green chile with a few potatoes in the mix. My mother would never reject a potato, so I assumed it would have had her blessing. This stew is pretty close to it, except there is a bit more pork in it. 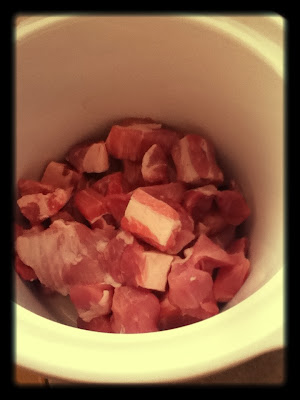 Place the pork meat into a slow cooker. Sprinkle this with salt and pepper. 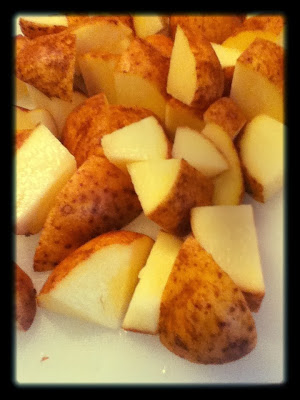 Cut up the potatoes into 1/2 inch pieces. You don't want these too small, as they will dissolve after a few hours. 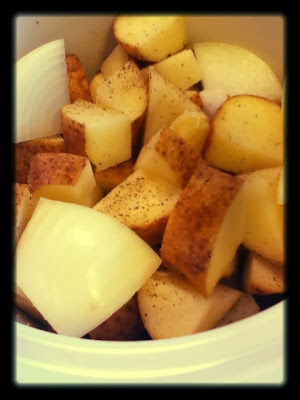 Sprinkle these with salt and pepper as well. It may seem like a lot of salt, but it's best to season each layer of the stew. 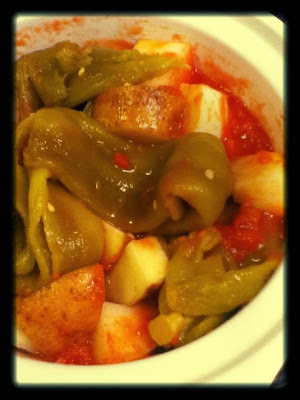 Carefully mix in the tomatoes, onions, green chile, and garlic. I usually fill the can of tomatoes with water and add that to the slow cooker*. 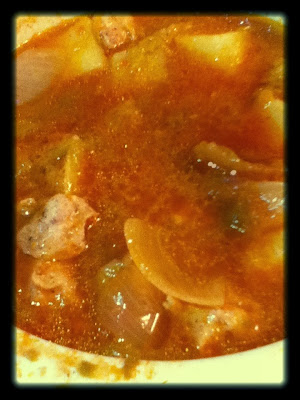 Cook this on low 6 to 8 hours or until the pork easily shreds apart. If your stew seems a bit greasy, then you can skim some of it off the top before serving. Gently placing a paper towel over the top will also get a layer of grease off quickly. 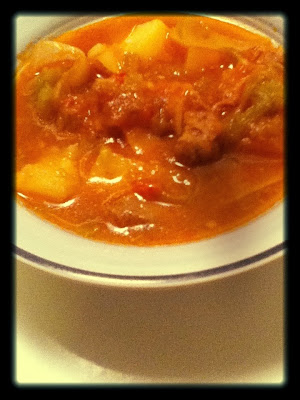 I love this just by itself but toppings are always more than welcome. Make sure each bowl gets a good amount of each ingredient.

Corn chips and cheese are my recommended topping, but tortillas are a great side for this as well.
Posted by Jordan Burgett at 5:00 AM