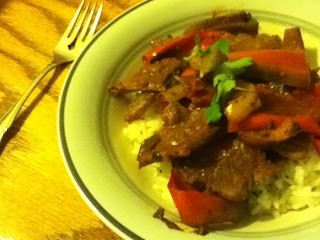 Spring is here! Or at least it was for a few days. On the calender it is officially the spring season, but Mother Nature has a few disagreements about the actual temperature.  She also has some confusion about snow fall and raining ice. I did not check in with her about the weather before planning my grocery list for this week. That was a bit of a mistake.

I had spring grilling ingredients all ready to go and the snow started to fall. A plan "B" was desperately needed. This dish reminds me of a bowl you can order at Chipotle restaurants. It's one of my favorite places as you can customize and add anything you want to your order. This is very similar to my favorite combination. The lime adds a lot of brightness and flavor while the chile powder and cumin add a nice smokiness, but very little heat. If you wanted to make this more spicy a few spliced jalapenos would be nice added to the pepper mixture. 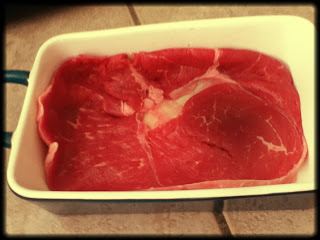 Take the sirloin or the cut of your choice and place it in a medium deep dish. 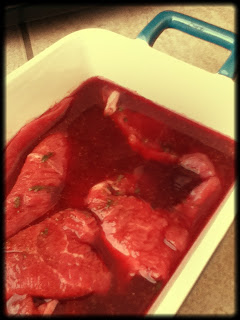 Zest one of the lines over the top of the beef. Combine the juice of two limes, vinegar, and olive oil and pour over the meat. I let this marinate for about six hours turning occasionally. 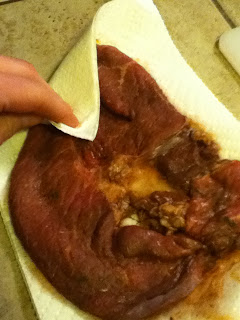 Take the meat out of the marinade and dry it off with a paper towel. reserve the marinade for the sauce later on. If the meat is too wet it will boil, not brown. Then sprinkle over half of the cumin and chile powder as well as a few shakes of salt and pepper. 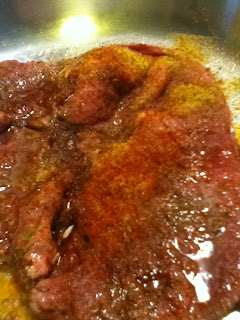 Place the meat season side down in a preheated skillet and season the opposite side. This is a very thin cut of meat so it only take a few minutes to brown each side. When both sides are browned, take the meat out of the pan and let it rest under some foil while you make the sauce. 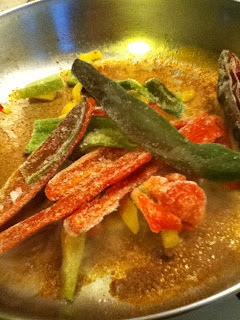 Pour in the remaining marinade and boil for a few minutes. Boiling the liquid kills all the germs it may have been contaminated with by the meat. If you still feel weird about it, make two batches of the marinade and add in the second one here. Once this has reduced a bit, add in the peppers and cilantro. If you are using fresh peppers, you may need to add in a few tablespoons of water. 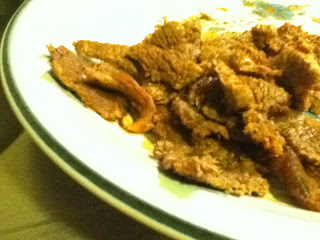 While the peppers are cooking, slice the beef into bite sized pieces. 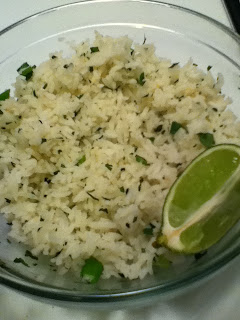 This is a great place to use leftover rice! If you are doing this, just heat it up a bit. Add in the juice of one lime and about 2 tablespoons of the cilantro. Mix this really well and enjoy the confetti affect.When you are ready to serve, place a serving in the bottom of a bowl.

When the peppers are tender and hot, top the rice with the beef and pepper mixture. Make sure each bowl gets a bit of the sauce as well. Take that, Mother Nature!
Posted by Jordan Burgett at 7:33 AM