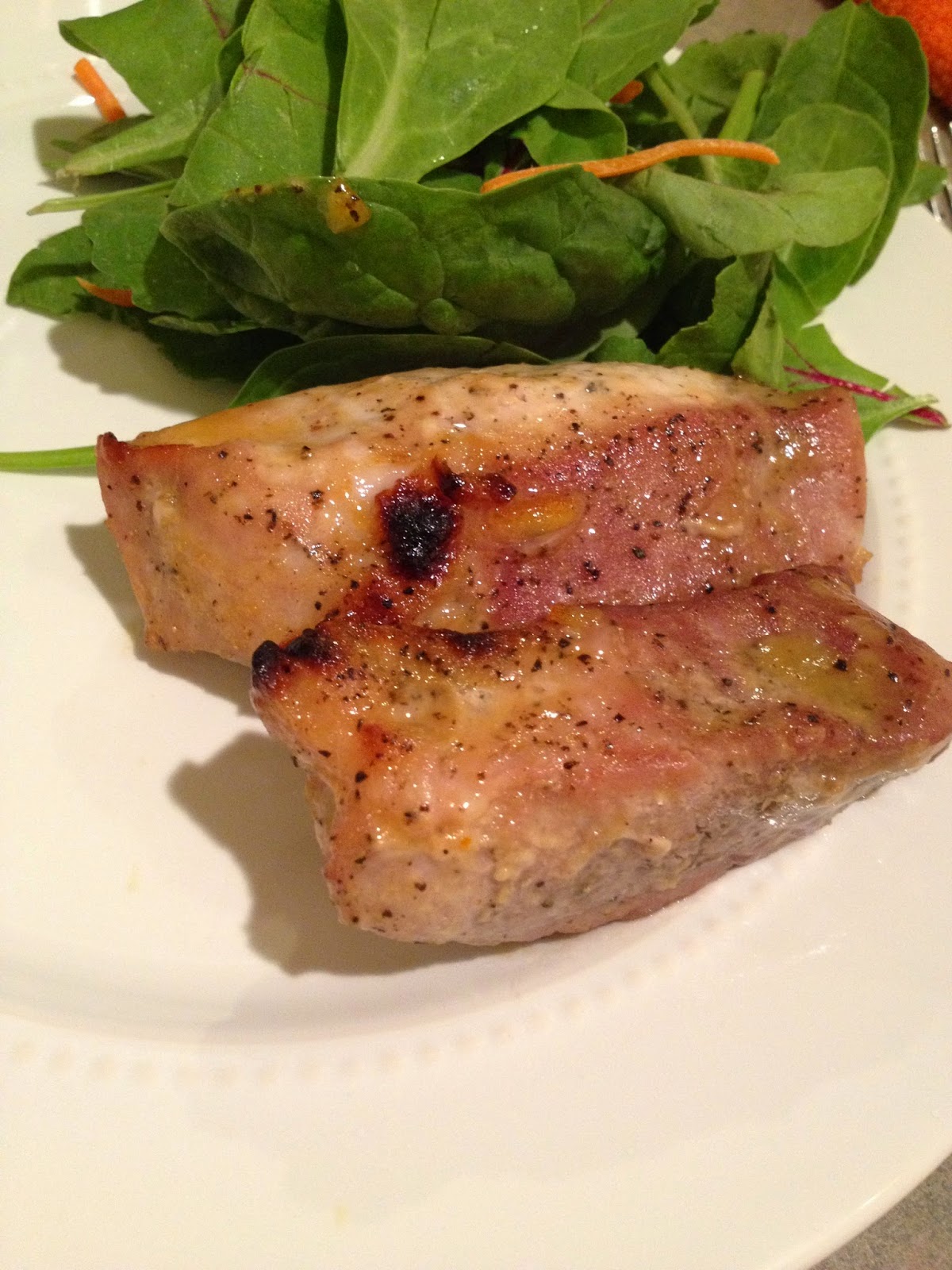 I know I post a lot of pork recipes. I am aware of this trend. It's not really my fault, though. You should blame the pork for being so delicious. Ignoring such deliciousness would just be wrong on my part. Not to mention yours.

Another thing I should mention is the tasty glaze I have been putting on pork these days. It's sweet, savory and adds so much flavor to the pork it is crazy.  It also creates a sticky, crust on the outside of the pork and traps all the juices on the insides.

It's also super easy to make.

Season the pork with salt and pepper to your liking. Combine the orange marmalade and mustard well. If it seems too thick to spread, add a few drops of water. Brush the mixture over the pork.

Bake the pork in a 350 degree oven for 20 minutes or until the insides are just no longer pink.

I told you it was super easy. 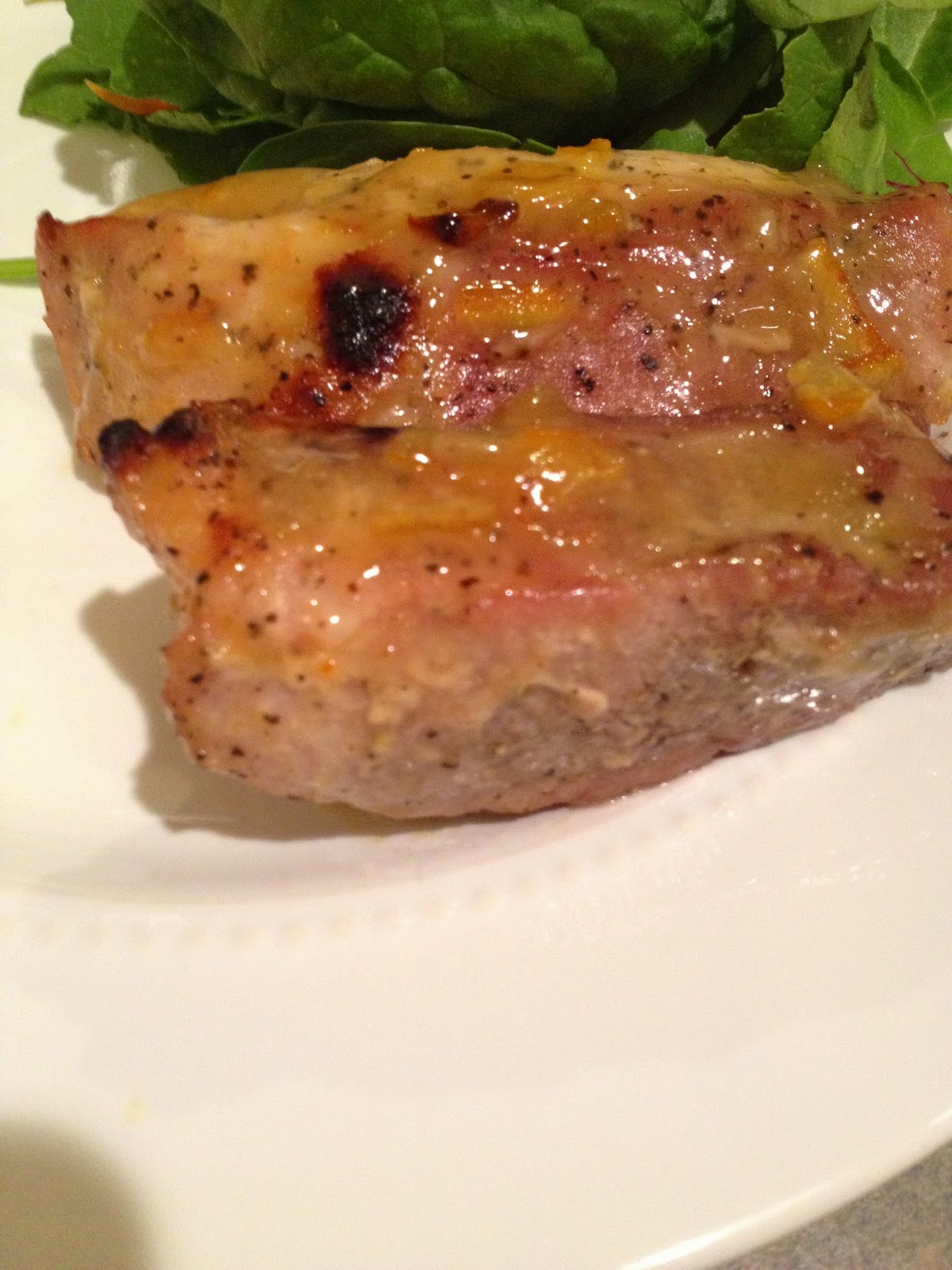 Try this out and you will love it!
Posted by Jordan Burgett at 4:30 AM